One of the great things about being an artist is that even if I can’t change the world I still have an unfettered opportunity to express my opinions. To keep from exploding, I made these pieces instead.

“When and Where I Enter”

The title of the piece comes from black feminist scholar Anna Julia Cooper who rebutted the assumption that white women could dictate the place of black women in the suffragist movement, stating “only the black woman can say when and where I enter, in the quiet, undisputed dignity of my womanhood.”

To honor the 100th anniversary of women’s suffrage, I was asked to create works for two different exhibitions. My subject for both exhibits was black activist, suffragist, journalist, anti-lynching crusader and teacher Ida B. Wells, because I thought her story exemplified the complex, often turbulent relationship between white suffragists and black women.

During the time of Jim Crow, even familiar white heroines such as Susan B. Anthony, Elizabeth Cady Stanton and Alice Paul were not above using racist sentiments to court support among white southerners.

The two pieces are “”She Refused to Walk Behind” and “When and Where I Enter.” Both call out the moment when Ida B. Wells and her delegation of black women suffragists from Chicago were told they would not be allowed to march with the other Illinois women in the 1913 suffrage parade in Washington, D.C. They could either walk at the tail end (behind the men) or not at all; a dictate Ms. Wells declined. Instead, she positioned herself on the sidewalk with the cheering crowds and when the Illinois delegation began to pass by, she calmly stepped off the sidewalk and positioned herself among the marching Illinois women. 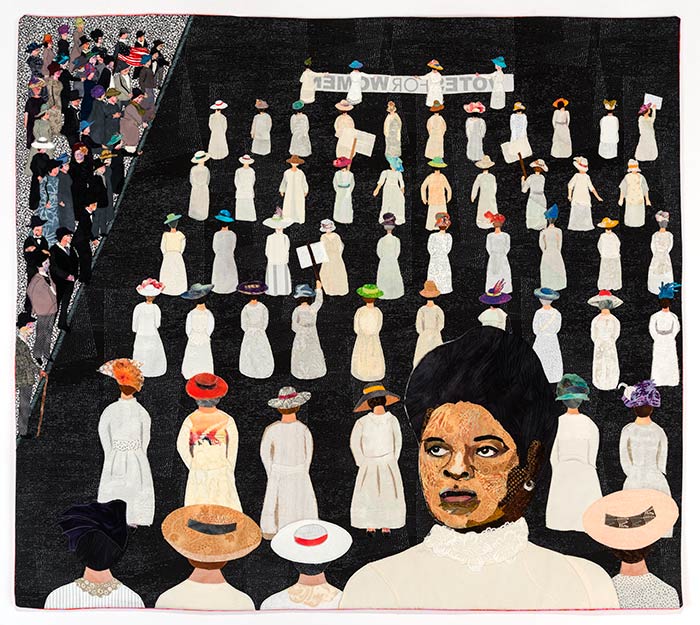 “She Refused to Walk Behind”

Ida B. Wells essentially threw down the gauntlet, when the suffragist movement turned its back on black women.

Being sheltered in place has brought my mind to the people we call “essential workers”; the people who deliver our food and other goods; who cook and clean in our restaurants and public spaces; who nurse our sick, pick our crops. They are the ones who go to work so we can stay home. They can’t take a day off or “work from home” (a luxurious concept). This piece honors one of those unseen, underpaid but essential workers doing what looks like an endless and impossible task. I’ve contrasted her labors by placing her in a fairy tale-like setting that becomes the ultimate in drudgery when your task is to clean it. In this case, those marble floors are in the Diana Gallery at the Venaria Royal Palace in Turin, Italy.

To make this piece I printed a background photo of the Gallery (Photo by pio3, used with permission) onto fabric. I constructed and added the figure of the woman scrubbing the floor, with her mop and bucket. 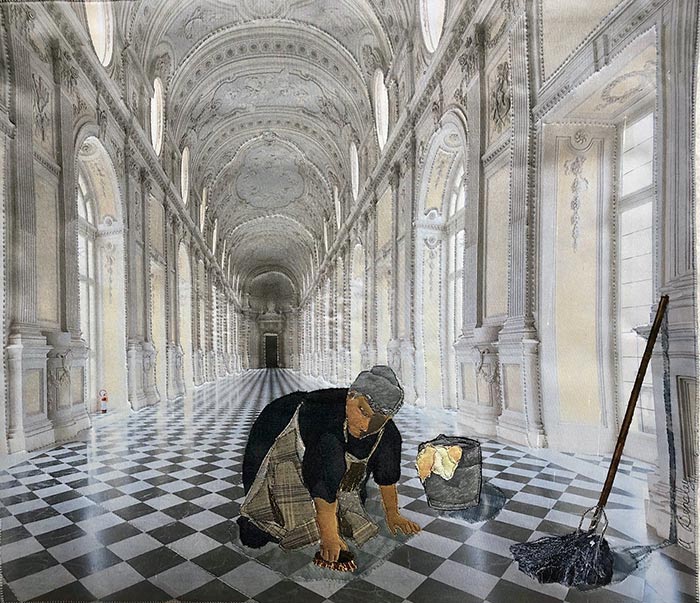 This piece is my personal apology to the ocean. Each piece of detritus shown is a fabric re-creation of some disposable that I found in my house. 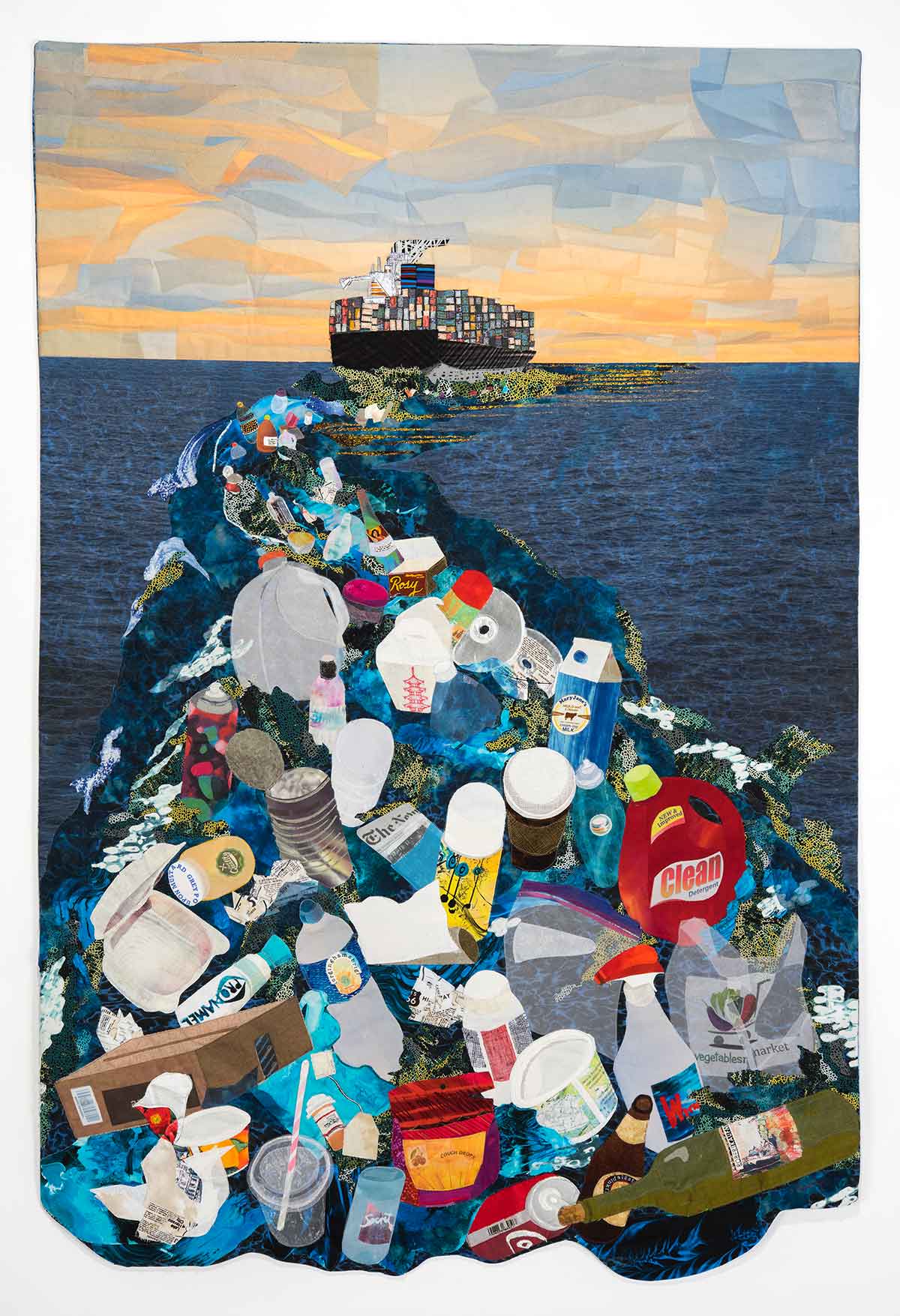 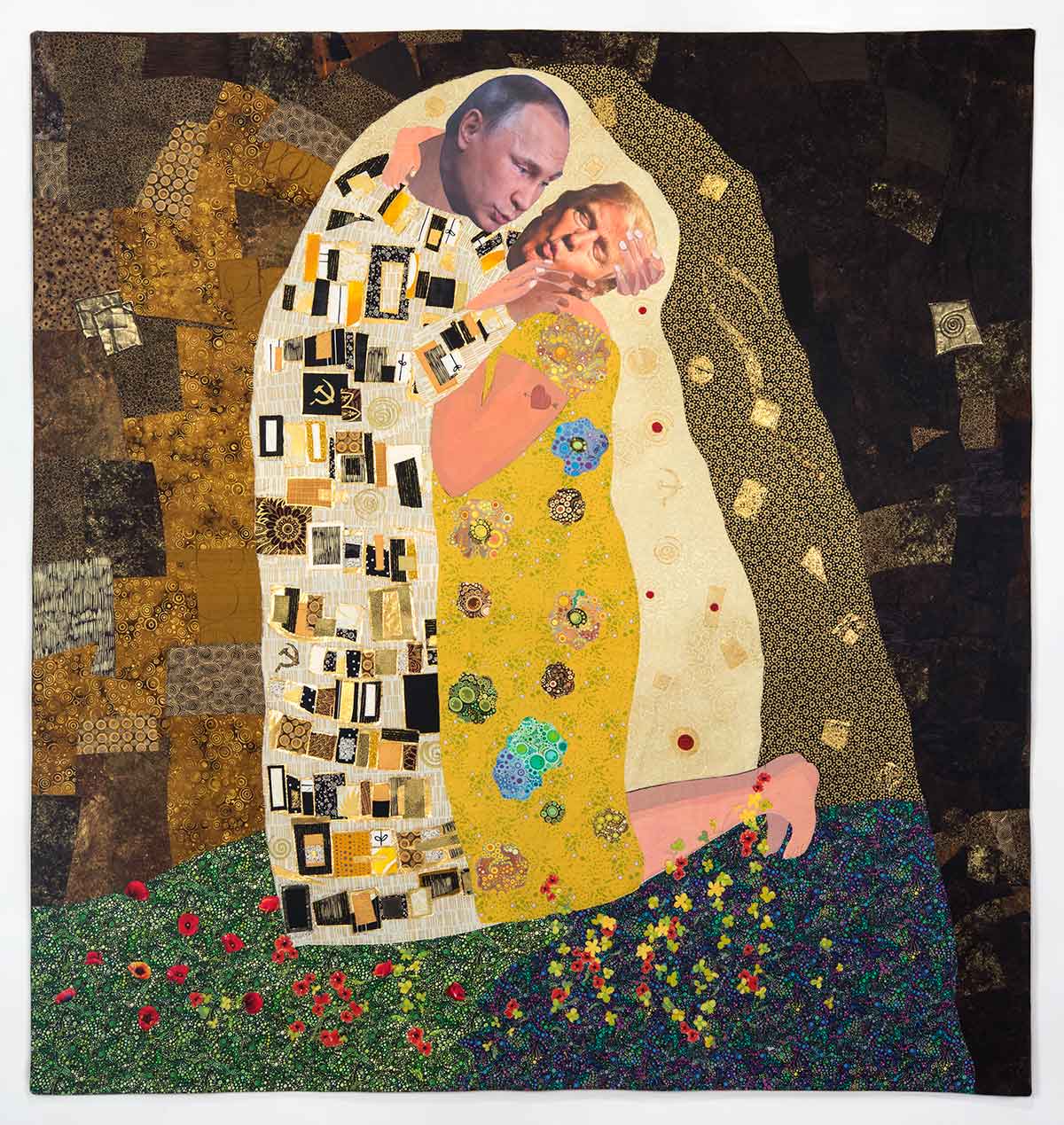 “From Russia With Love”

When you want to know what lies beneath; what lies behind, the fundamental question Cicero said is “cui bono?”  Who benefits? Who gains an advantage from a given act?  Clearly the man with financial tentacles into at least a dozen Trump campaign and administration lackeys has gained immensely from the chaos that is the Trump administration and from the weak, rudderless nation in which we now reside:  Trump’s puppet master, Vlaldimir Putin.

Martin Luther King is credited with so many profound statements but one of the most prophetic for our current times relates to how it’s not enough to just be “for” the right things.  We each have an obligation to speak out and have our voices heard. 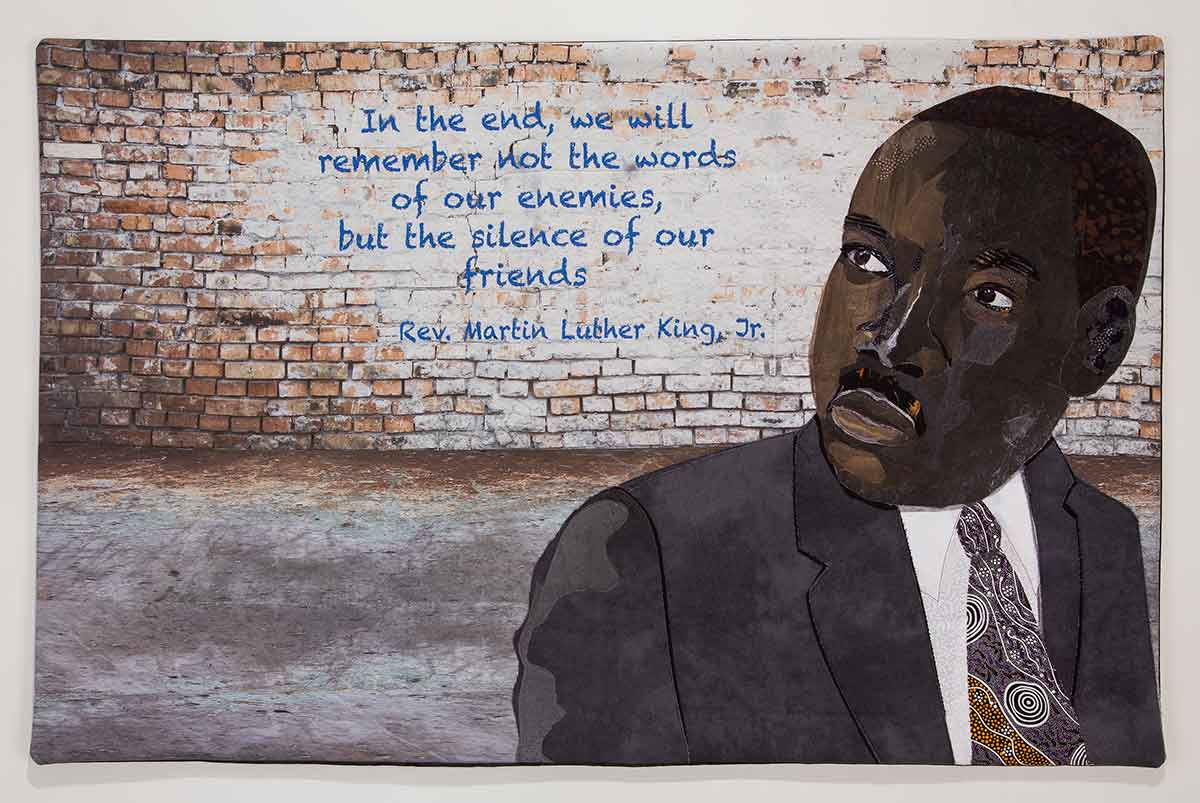 It is the highest form of white privilege that a white man can walk into a WalMart in all but a few states in this country, openly carrying an arsenal of assault rifles and handguns and be completely unmolested by police. Only a suicidal black man would think he could do the same.

In Florida, armed with a handgun and the state’s “Stand Your Ground” law, George Zimmerman stalked and killed unarmed black teenager Trayvon Martin for the crime of “walking while black.” Although a jury found Zimmerman not guilty, one wonders what the verdict would have been if the situation had been reversed and Trayvon had stalked and killed an unarmed Zimmerman with a gun. In my opinion Stand Your Ground laws exacerbate the already dangerous mixture of lax gun laws and racial bias. 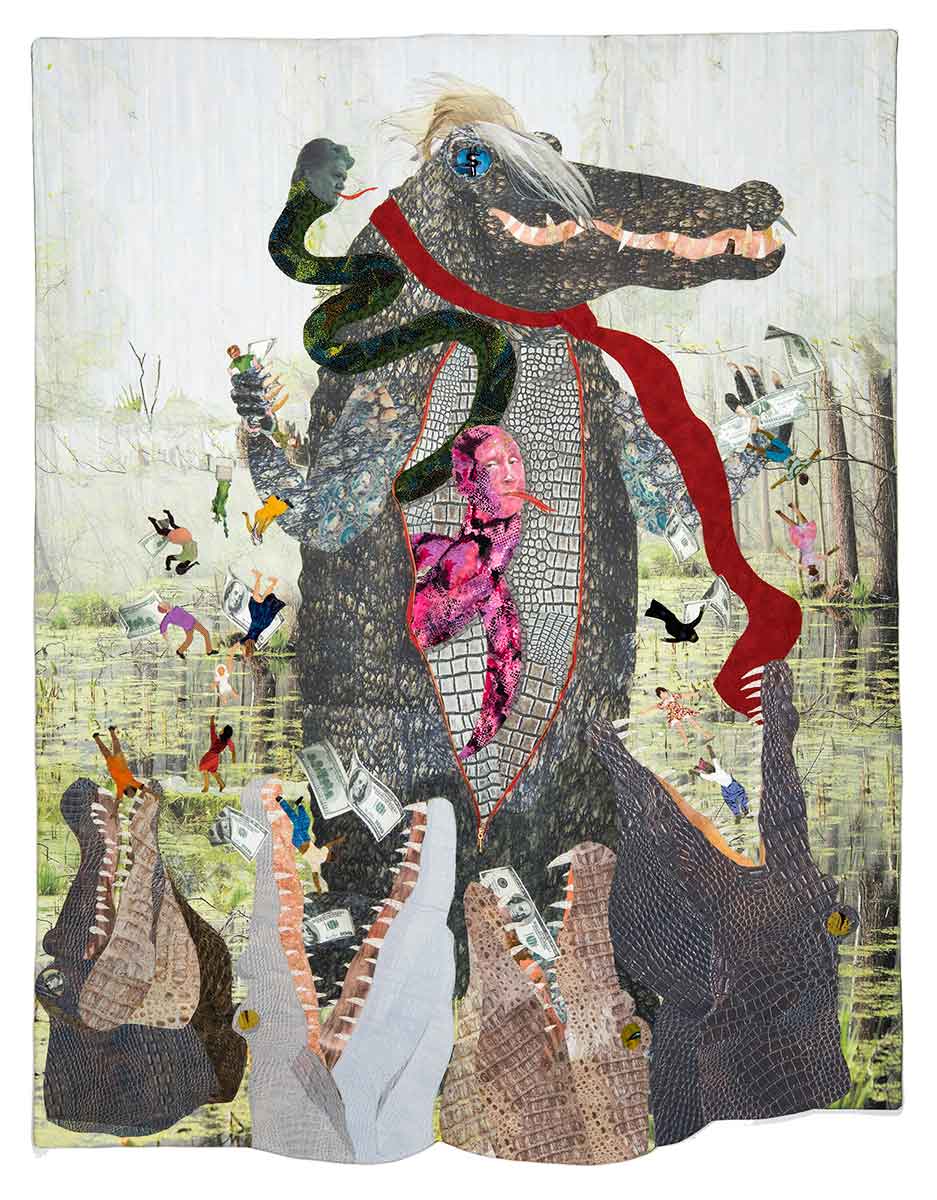 “Feeding Time at the Swamp”

Far from “draining the swamp” the Alligator in Chief staffed his cabinet and administration with billionaires, Wall Street insiders, alt-right snakes, Russian cohorts and wealthy campaign contributors, all eager to feed off the rest of us.

In 2014 a conservative majority in the Supreme Court eviscerated the Voting Rights Act thereby becoming complicit in the active suppression of the votes of minority citizens by state legislatures. Over the past four years—and for the first time since the Jim Crow era—nearly two dozen states have passed new laws making it harder to vote. 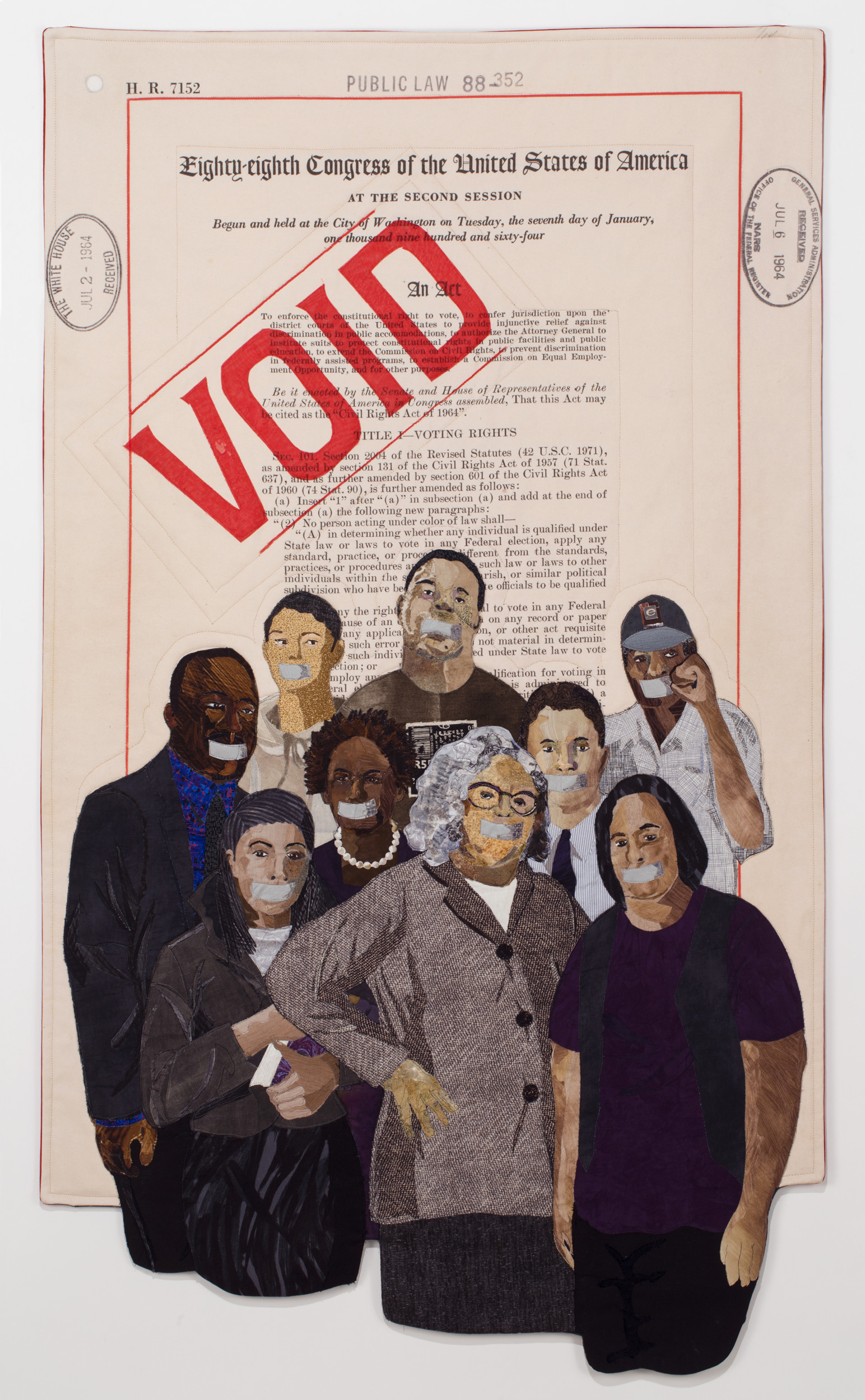 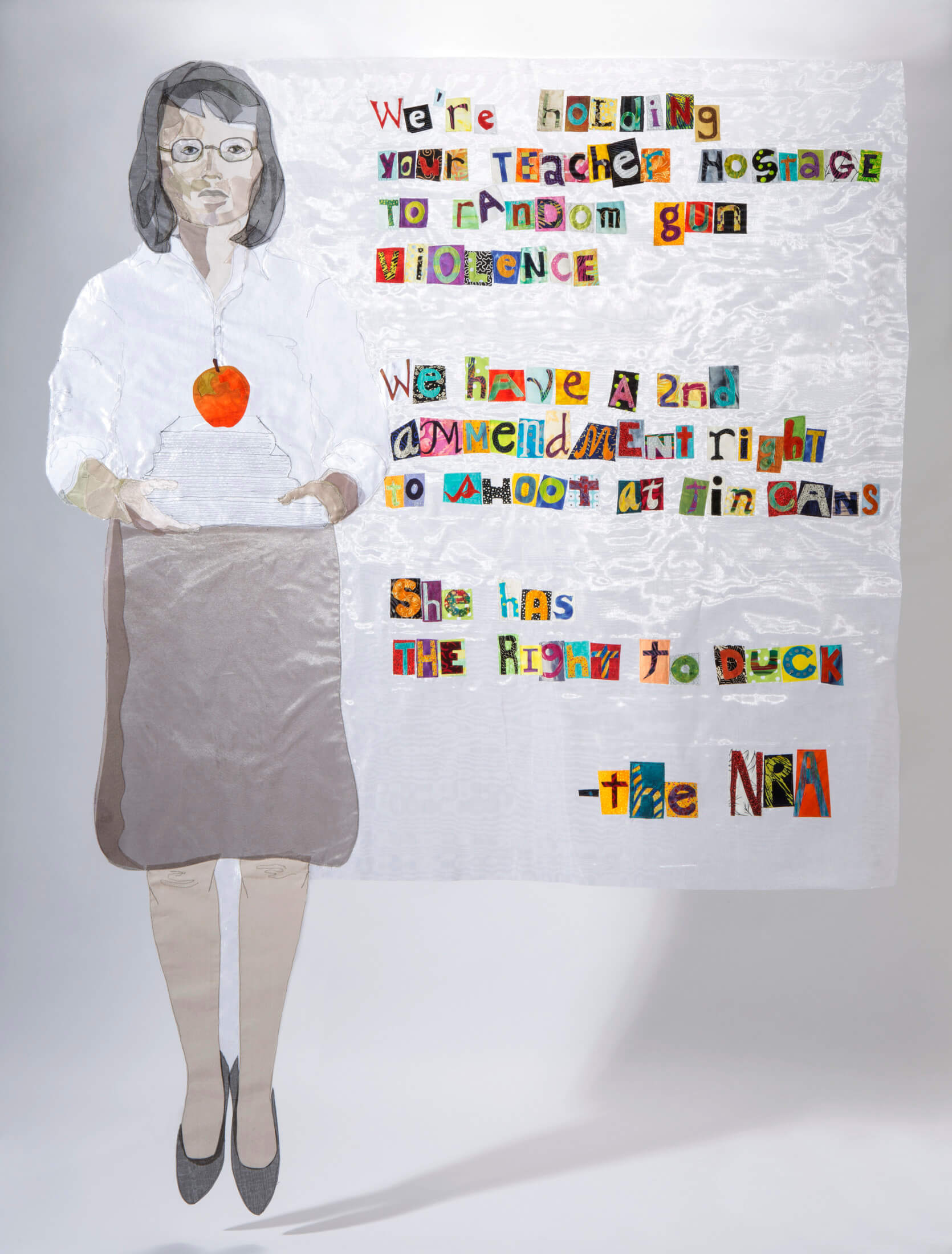 After the fatal shooting of 20 children and six teachers at Sandy Hook Elementary in 2012 it seemed likely that even the NRA would have to rethink its position on the easy possession of assault weapons.   Not so. Not even a little bit. Clearly we are all hostages to the “rights” of a vocal few.

As bad as Newtown was, the reality is that black children and teens are the primary victims of gun deaths. Of the 5700 children and teens who died from gunfire in 2008 and 2009, 60% were black, eight times the death rate for white children and teens.   But, unlike Newton these deaths are cloaked in anonymity and draw no concern from public or media. 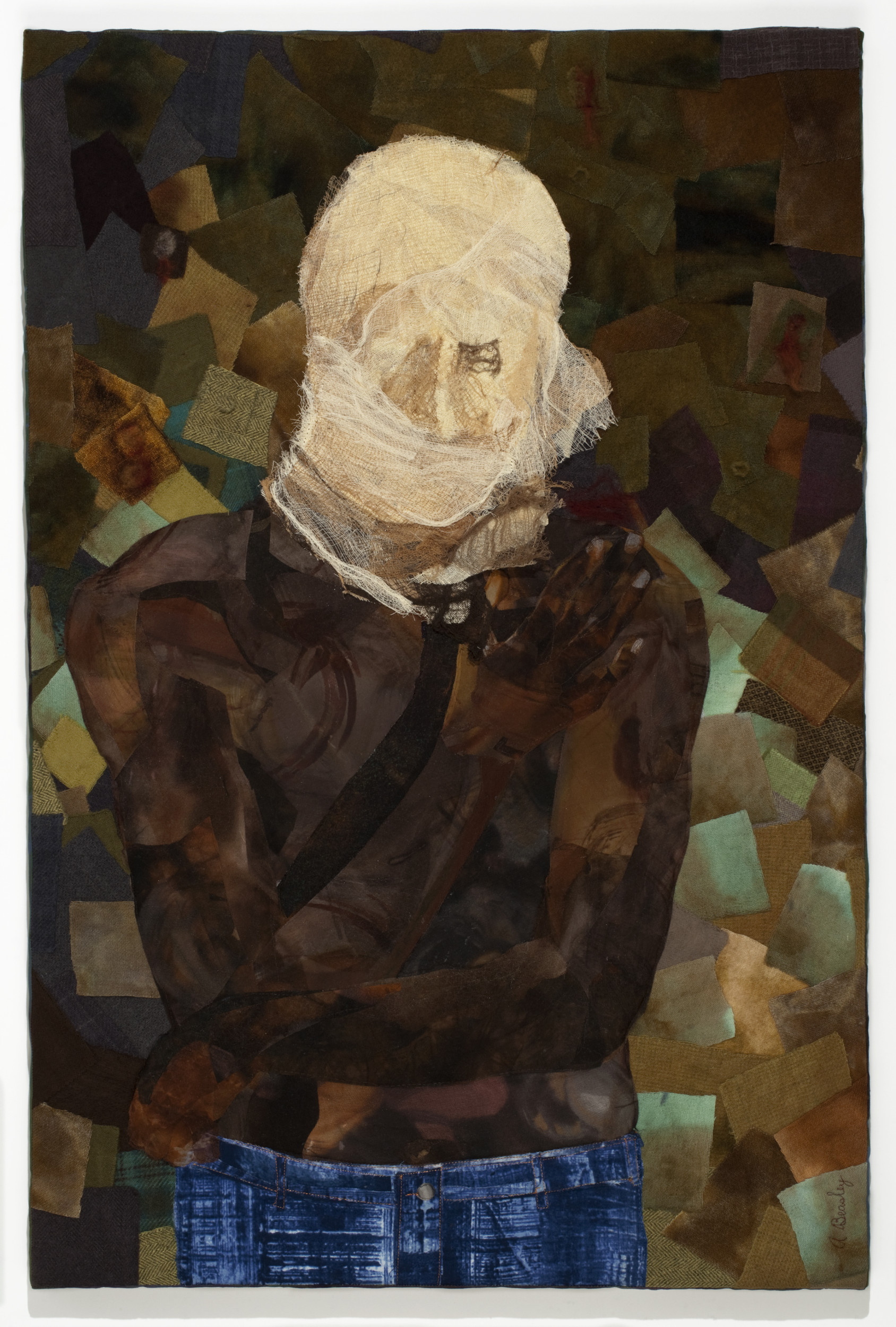 That dark cloud over your shoulder is telling you something, if you only listen.

In an era of Tweeting, Texting, Blogging and Facebooking are we losing the ability to communicate privately face-to-face, simply entre nous?

There are a lot of notions on both sides of the burqa issue, but I think beneath the veil are just women, with the same hopes, desires, fears, dreams and suspicions as everyone else. 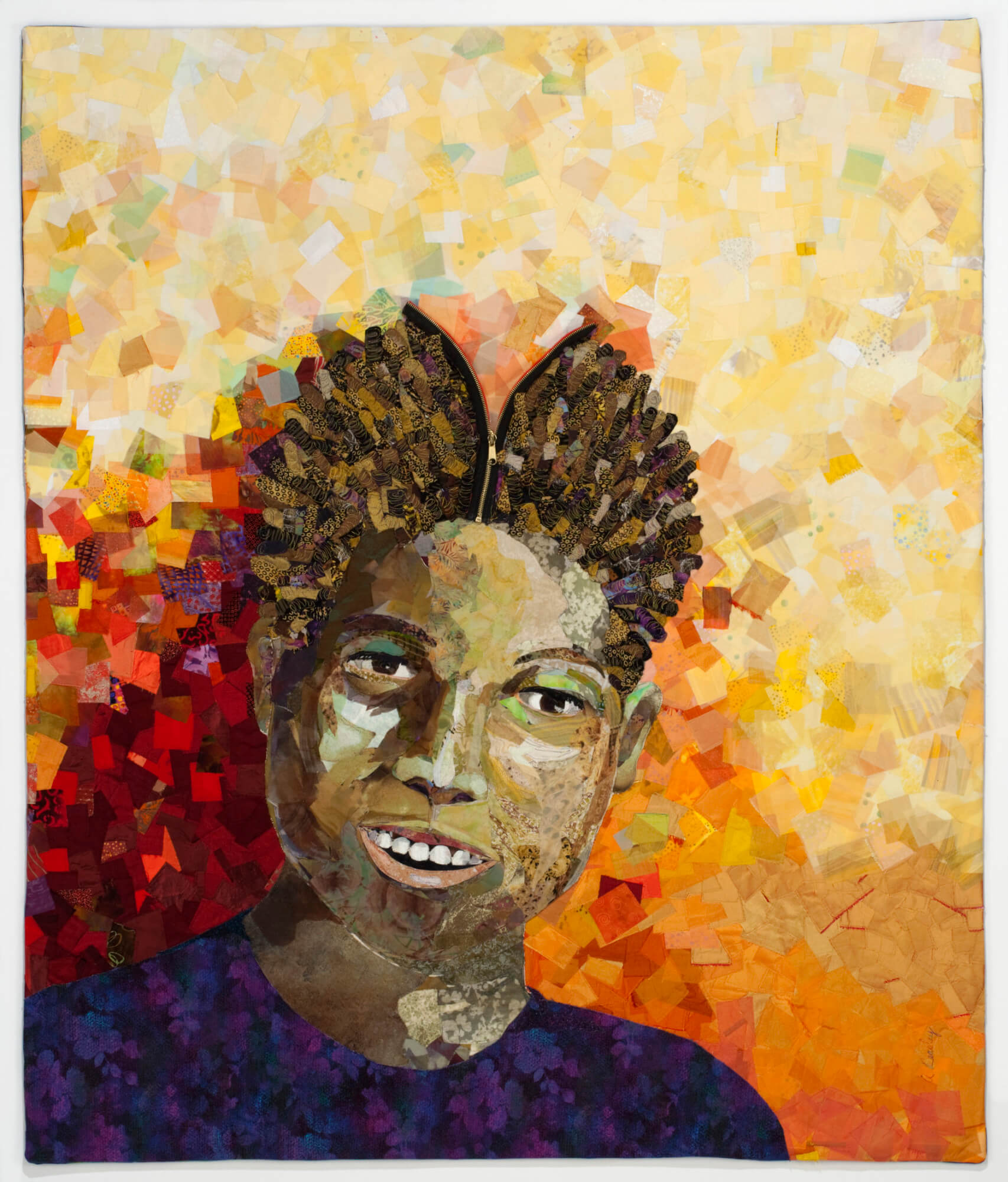 “I Always Try to Keep an Open Mind”