The Game Is Rigged:

When the bottom fell out of the financial markets in 2008, construction workers took an enormous hit. As construction projects closed down all over the country, an estimated one million workers lost their jobs including this man, fenced out of employment.

In this piece the stitch lines done over layers of transparent organza create the effect of a pencil drawing. 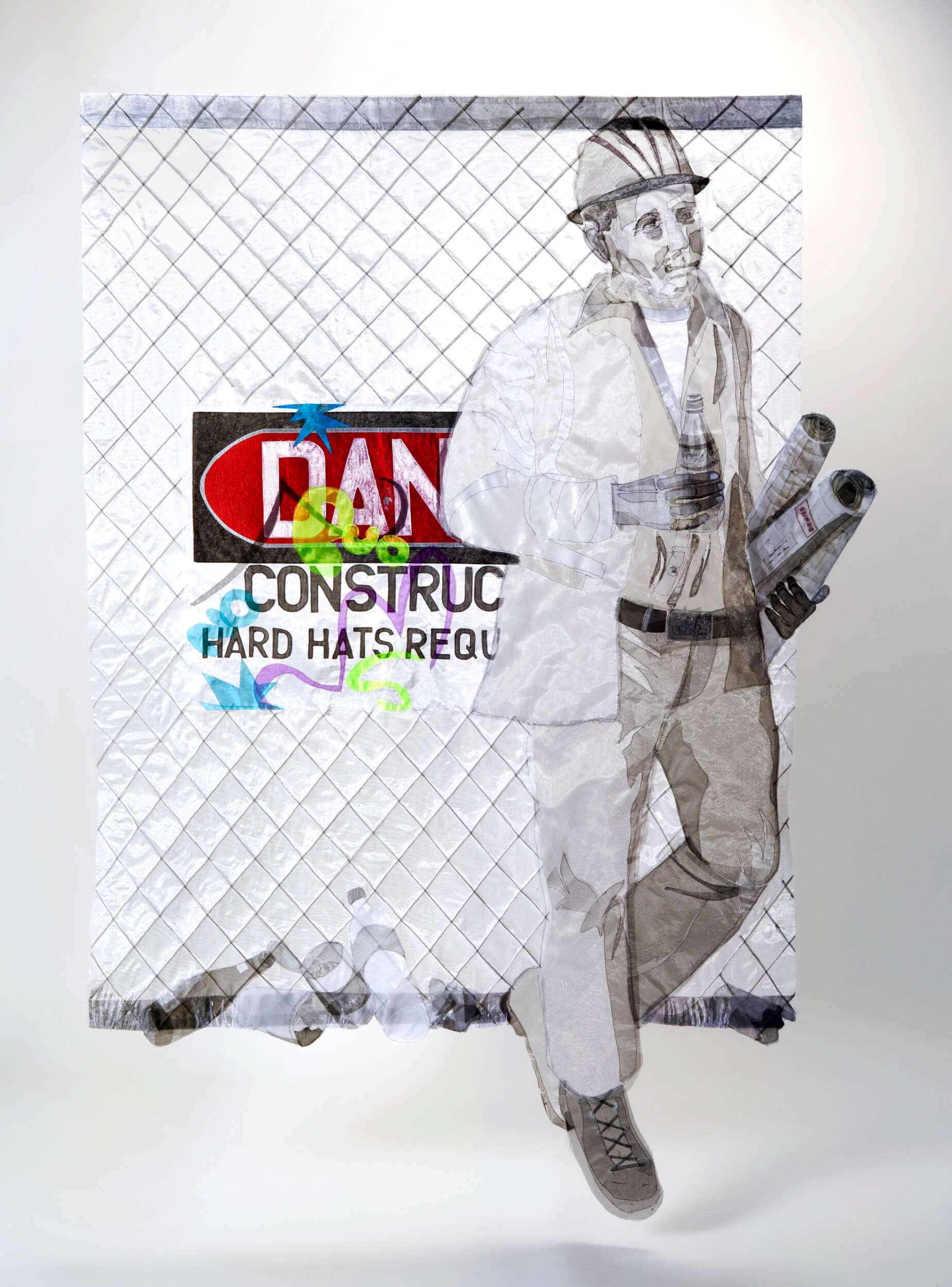 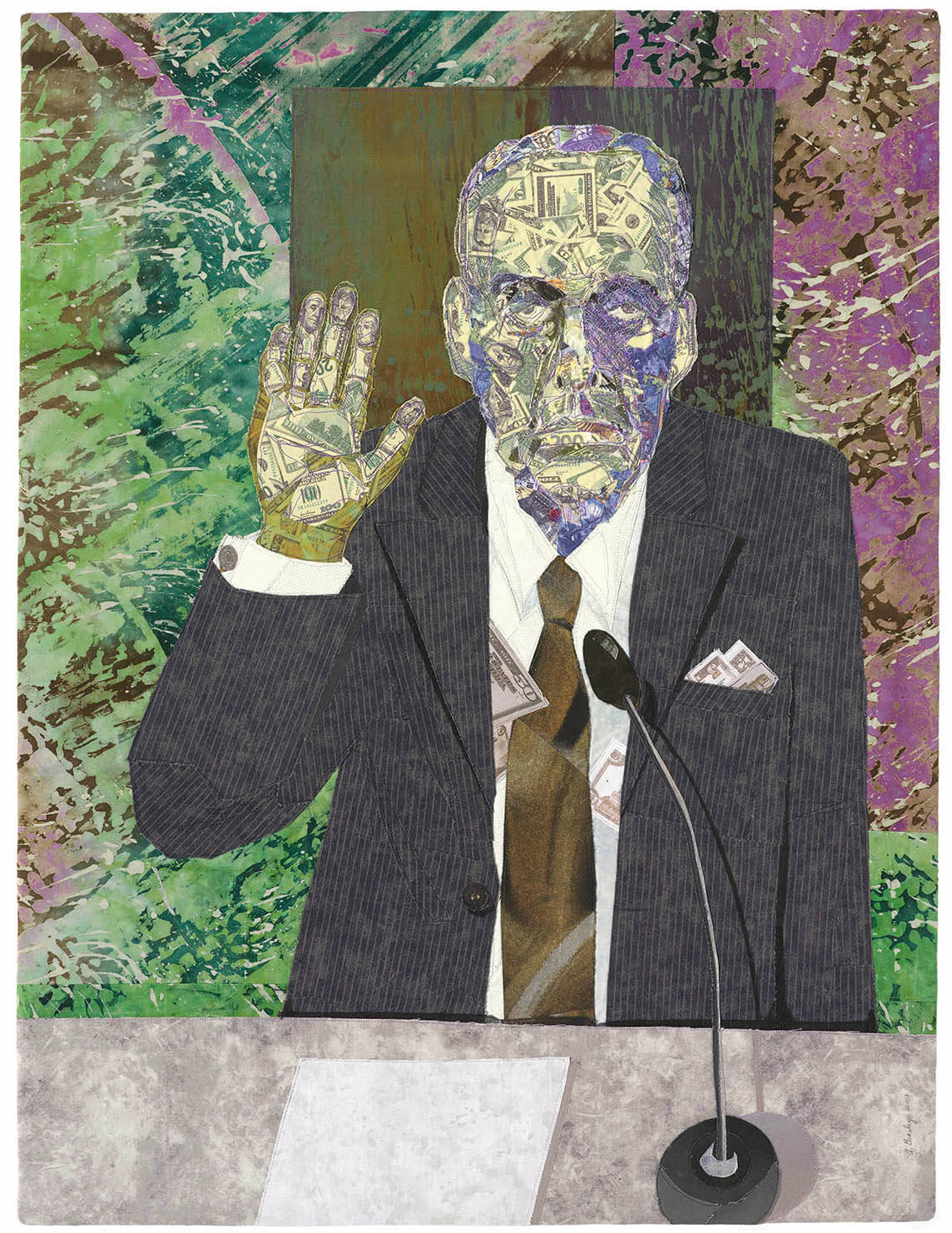 “Too Big to Jail”

Following the collapse of the financial markets in 2008, nothing was more exasperating than watching the procession of pin-striped Wall Street moguls testifying before Congress why they shouldn’t be held accountable. Pictured here is Richard Fuld, the head of Lehman Bros. explaining why he was worth his mega million compensation, but blameless for the company’s collapse.   This piece was previously titled “Dude, Who Stole My Money” but after seven years with no one going to prison, I thought a title change was in order.

I cut up and reassembled fabrics imprinted with money images to create this piece. The color comes from foreign currency images.   His little beady eyes are the Federal Reserve seal. His fingers are the presidents on U.S. currency.